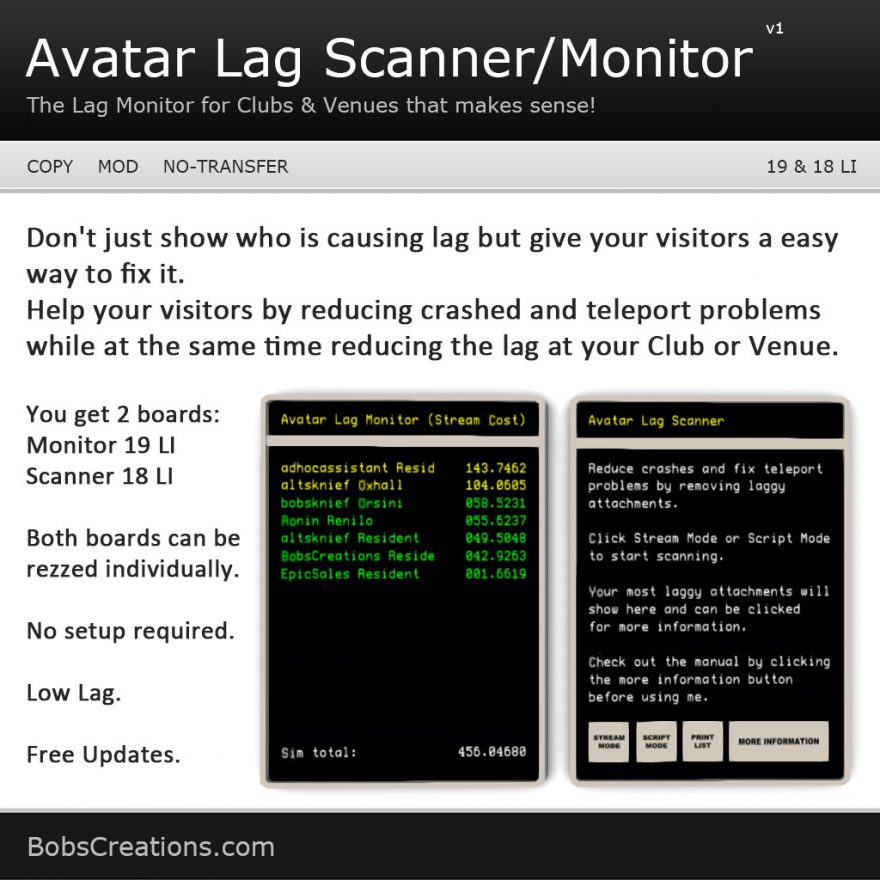 But as a club owner, or someone that knows about venues in SL one must ask “whats the point of a lag monitor?”. I mean, most Club owners are happy with the people they get and the last thing they are going to do is complain or eject there visitors. And lets not even talk about stores. Only a crazy store owner would start ejecting its customers.

So yes there are these boards, but most of the time we can say they are nothing more then fancy decoration. Because who actually goes somewhere, sees one of this boards and thinks “hmmm i am so going to spend a lot of time in making myself less lag”. And even if they would think this, how would they do it? How do they know what items they are wearing is causing them to be laggy?

Well now there is finally a solution

Not only will you be getting relevant results but you will also be getting a simple and effective way for your visitor to solve there lag issues.

The Avatar Lag Scanner can be clicked by your visitors wish will scan them and tell them exactly what items are causing the lag.

And that’s not all, people often forget that lag is not just a problem for clubs but that is not the whole truth. Having many attachments and scripts (causing you to have a laggy avatar) also generates teleport and crashing issues. So isn’t it much better to inform your visitors about this and to provide them with a easy way to fix these issues?

Bottom line is that instead of complaining to them about lag you are doing them a favor and helping them to reduce crash and teleport problems!

The Avatar Lag Monitor and Scanner are rezzed in my main store.